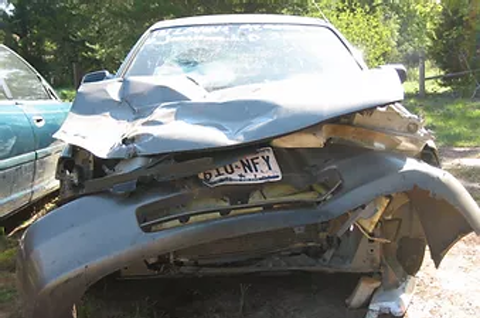 “Me first!” Isn’t that selfish? Not necessarily.

Since the late 70’s I have litigated cases on behalf of good, responsible people who fell victim to the thoughtlessness of other folks who chose to violate safety rules. When followed, these written and unwritten rules allow us to travel our roads and highways for business and pleasure without harm to ourselves or to those we love. Over those same decades, insurance companies have ramped up efforts to maximize profits while dishonoring the contracts of insurance they collect premiums on.

I’ve watched as decent folks who are the innocent victims of others’ carelessness are put through the wringer by these insurance companies, being treated as though they chose to be injured or are liars and freeloaders. The vast majority of people who seek the benefits of the insurance following a wreck are just like you. So, what should you do if you or your child, grandchild, or parent is suddenly hit by a truck or car?

First secure the safety of yourself, your passengers, and other persons involved in the collision to the extent reasonably possible. Beyond that, there are things you should and should not do that may have a big impact on what happens in the days that follow.

Even if you think you may have done something that contributed to the wreck, things said too quickly can incorrectly characterize all that happened and, in the light of reflection and further information, may prove both inaccurate and harmful to efforts to resolve a claim in the future.

Always be truthful when asked a direct question but stick to facts such as “I saw (this)”, “I didn’t see the other vehicle”, etcetera rather than opinions such as “I am so sorry; I messed up”, etcetera.

Persons who feel they may have contributed to causing the wreck may want to address another driver saying something like “I’m so sorry. Are you alright?”. Being compassionate doesn’t require that you say something that may later be used against you. Saying “are you alright” gets the point across without seeming to admit fault.

This applies to anything you may say to the other driver, the investigating officer or the EMTs.  Adrenalin masks pain, and most of us have a natural tendency to want to be the hero or to be magnanimous and say, “I’m fine”. This is not the time or place to do that.

Your ability to accurately recall such statements later may be helpful in pursuing your claim.

As mentioned above, don’t offer opinions; just stick to the facts you know.

The absence of an investigating officers report will hamper your attorney in handling the claim on your behalf.

Often the most obvious injury gets mentioned but a less obvious one seems unimportant by comparison and does not get mentioned. Failure to mention all injuries promptly is always used by insurance adjusters to argue that the injury that wasn’t mentioned didn’t result from the wreck.

For example, a person with a broken wrist or a severe laceration to the head, which is bleeding profusely, may not think to point out that their knee or perhaps their lower back, is sore. When it later develops that there is a fracture to the knee or a ruptured disk in the back which turns out to be more disabling on a long-term basis, it may be harder to get the insurance company to pay for those injuries if they don’t show up in the EMS or ER records.

If you are treated and released from the ER, or perhaps are admitted for a day or two to the hospital, your discharge instructions will almost invariably advise you to follow-up with your own doctor under certain conditions (or to return to the ER if symptoms worsen). You should do so, both because it is medically wise and because failing to do so promptly will be waved around like a red flag by the insurance company claiming that if you were really hurt, you would have followed those instructions.

This is another area in which the natural tendency of good people is to “tough it out”. Don’t risk having a treatable injury become chronic for lack of prompt case, and don’t make your lawyer’s job harder by failing to follow up as directed.

Social media, and Facebook in particular, has become the feeding ground for insurance companies to try to find something to use against injured individuals in order to deny or diminish their claims. I now require my clients to sign an acknowledgment that they understand these risks and will avoid such postings as well as setting their privacy settings on their social media accounts to the highest possible privacy setting.

In future posting we will address things that happen later including dealing with vehicle repairs, medical care, and adjusters and will discuss how all of this can affect settlements or trial.

An abbreviated version of this post appeared in the Wimberley News and Views, Dripping Springs Outlook, and The Loop.